when the world will mix well 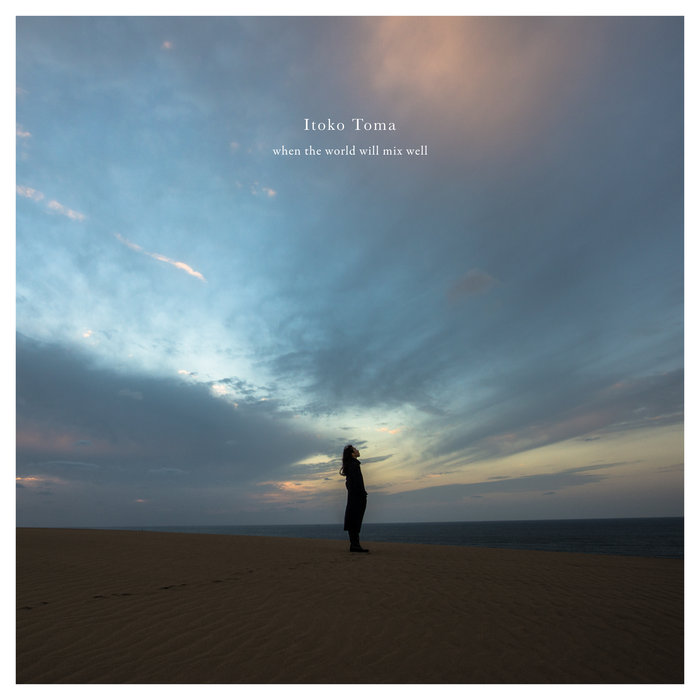 カンドラー one of my favorite records of all time! Favorite track: horse from parallel.

Itoko Toma, a Pianist and vocalist, releases her second album.
Besides her piano solo works and original songs as same music style as her previous album, but also includes songs composed with chamber music style, which brings more taste in this album.
This album is created with many inspirations from ‘sea’ which she felt in her daily life. It begins with the song “shorebird”, which you will hear a gentle voice brings a bird floating on the sea wind. Also, a supporting piano will draw a flow of waves created with arpeggio sounds of moving from lower tones to higher tones. With this gently played piano without any intonation will show the image very clearly of the waves flowing. Her dreamy and feathery world is expressed in the track “fantasia”, the strings arrangements will widens up the view, and the motif played with piano brings the light as a sea splash. “horse from parallel”, a key track of this album, features a vocal as a major role of this song and a simple chord progression helps the enhancement of melodious sounds. “when the word and the heart will mix well”, an adagio-like composition, is wrapped with heartwarming atmosphere with the daintiness and delicate strings arrangements. The album ends with a gentleness tune of “cantabile”, with a singing of freely played piano, which echoes deeply to bring peacefulness.

For strings arrangement, track #3 done by Akira Kosemura, who is also a producer of this album, and track #9 done by Quentin Sirjacq, a French pianist and composer, who released his album under the same label SCHOLE. Also, Hiroshi Iguchi as a sound engineer who supports the previous releases of Akira and Quentin, and Shin Kikuchi creates MV and designed for album covers using the visuals taken from her hometown, Okayama. The album was produced by viewing Itoko Toma’s world through a SCHOLE filter.

Bandcamp Daily  your guide to the world of Bandcamp